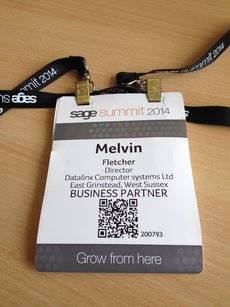 For the last 20 years I have heard on many occasions that the humble barcode has a limited life and will be replaced by “new” technology that will be RFID (Radio Frequency Identification) based. However, the barcode is still everywhere and actually so is the RFID.

When RFID first hit the market, it was to be the panacea to overcome all the “problems” of the barcode, such as the barcode does not look good on packaging, the barcode needs line of sight to read. For many years the RFID technology was trying to get traction. The truth is that it has its own market place that the barcode is not suited to in the same way that barcode technology has market places that RFID cannot work. Yes there are areas in the middle where both can and do work, in these environments the “right” choice is often as much a decision of the heart and not the head, giving the IT department an interesting project to work with.

Let us look at some practical examples of these.

Today cat and dog owners identify their pets such that should they become separated, then they can be identified. The system is simple, put a unique number on the item you need to identify, in this case a four legged friend, enable a system where by the number can be scanned into a data base, which will return a page of information giving the owners detail. A simple asset tracking system which could be delivered by either a barcode scan or an RFID scan. If we now look at the media that we have to identify, the beloved pet, tattooing a barcode onto the pet, whilst technically would work, is an unacceptable solution, hence this is a perfect fit for the RFID technology.

Vouchers and ticketing on smart phones are today wide spread, anyone who has flown in the last year may not have seen a single bit of paper, confirmation is sent instantly to your phone/email once you have checking on line. This confirmation contains a 2D barcode that is use to scan you through the various security checks and onto the plane, sending an RFID tag down the line is not an option.

At the Sage Summit event in Las Vegas last month there were some 5000 delegates attending, the event was a fairly standard conference, keynote speeches an exhibition trade show and a good number of breakout rooms and areas giving lectures on various subjects. On arrival at the registration desk you were presented with a large ID badge on a lanyard around your neck, this looked fairly normal, printed with a barcode on the front using a Zebra printer, on closer inspection, you could see on the inner fold of the ID badge a 50mm x 50mm patch, holding this up to the light and matrix of an embedded antenna could be seen – this was as good as RFID tag as I have ever seen.

So here we have the two technologies working side by side, identifying the same thing – the delegate! The exhibition stands each had a barcode reader to record the visitors to their stand, however in the lecture theaters  there were RFID gateways set up so as you walk in, you were recorded as attending the presentation, both worked well, delivering a different need to get to the same result.

Did the RFID technology kill the barcode, no it is nicely carving out its own market place and in the right environment, it absolutely is the right answer, but do not try and replace one with the other, look at the requirements first and the technology second, this way the answer as to which technology will present itself. 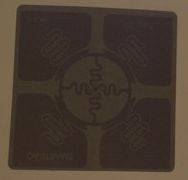 To have a warehouse wireless survey – or not?
GS1 – NHS eProcurement Strategy - driving efficien...

By accepting you will be accessing a service provided by a third-party external to https://www.datalinx.co.uk/